I use to be the woman that would pursue men for a relationship. I would call them and make it known that I wanted to date them. Of course, they said YES. Not long after I would see that I was the one doing all the pursuing, footing the bill, and still lonely. Just to show the world I had a man. I settled for less because I couldn’t see how blessed I really was.

I was in a vulnerable place because I didn’t truly know my identity. I was longing from something from these men that they couldn’t give me. In the process I was left wide open and allowed men to be plugged into me that shouldn’t have been.

I allowed these men to be plugged into me emotionally, spiritually and sexually.  They were draining my power. Because I wasn’t grounded in the word of God at the time , I was dying. They were taking all my energy.

I shared that to say, single women should pursue God only. Never purse a man. As you can see in my case of pursuing a man it caused me to die in the process.

We as godly women are in covenant relationship with God. He covers us as we pursue Him daily. The purpose we have on the inside of us has to be covered by God so that no one can tamper with it.

If that man is for you, God will reveal it to the both of you. That man will also have to pursue God to find you. While you are both pursing God, there you will be positioned to be found.

As I was in my single season, I learned how to pursue God. One day, I saw this young man at church that I admired from afar. I wanted to pursue him so bad because that was what I did. I remember God telling me I could no longer pursue men. It would all happen in his timing. So of course, I waited on God.

That young man actually pursued me and continued to pursue me while were courting. That man is now my husband.

God revealed this to me: if we would have pursued each other and left God out of the process, all the glory would belong to us and not God. As we both pursued God, He was able to get all the glory for bringing us together as one.

Single women should pursue God. Everything else will work out in your favor. 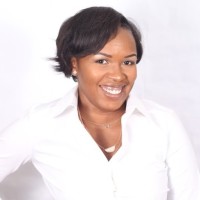 Calandra Williams lives in North Texas with her husband Culus Williams II and their three children. An inspirational speaker, Christian blogger, mentor, and author. She is young and radical, and passionate about kingdom building. Calandra is the Co-Founder of Truth Written Ministries. Through her testimonies she hopes to inspires someone to discover their purpose, passion, and power. When Calandra is not out changing lives, she enjoys singing, dancing, reading, and spending quality time with her family.

Using the Armor of God to Protect Your Marriage